See discussions, stats, and author profiles for this publication at: https://www.researchgate.net/publication/267094856 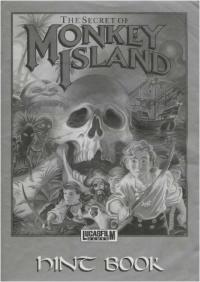 FACTS: France claimed to have occupied an island but Mexico also claimed that Spain discovered it and that it was the successor. Clipperton Island is an uninhabited island coral atoll in the eastern Pacific Ocean, southwest of Mexico, west of Costa Rica and northwest of Galapagos Islands, Equador. The island was discovered by French. They drew up the first map and annexed it to France. The first scientific expedition took place in 1725 under Frenchman M. Bocage, who lived on the island for several months. Mexico also claimed it due to activities undertaken therein as early as 1848-1849. On November 17, 1858, Emperor Napoleon III annexed it as part of the French colony of Tahiti. This did not settle the ownership question. After which, there were no apparent acts of sovereignty on the part of France. The island remained without population. On November 24, 1897, French naval authorities found three Americans working for the American Guano Company, who had raised the American flag. U.S. authorities denounced their act, assuring the French that they did not intend to assert American sovereignty.

Mexico and France signed a compromise in 1909, agreeing to submit the dispute over sovereignty over Clipperton Island to binding arbitration by King Victor Emanuel of Italy.

Issue: The issue is who, between the France and Mexico, has the sovereignty over the Clipperton Island. HELD: For occupation you also need to possess the land which France did. (Arbitrator: King Victor Emmanuel III of Italy) “that island was in the legal situation of terratorium nullius, and, therefore, susceptible of occupation. The question remains whether France proceeded to an effective occupation, satisfying the conditions required by international law for the validity of this kind of territorial acquisition.” It is beyond doubt that by immemorial usage having the force of law, besides the animus occupandi, the actual, and not the nominal, taking of possession is a necessary condition of occupation. This taking of possession consists in the act, or series of acts, by which the occupying state reduces to its possession the territory in question and takes steps to exercise exclusive authority there. Strictly speaking, and in ordinary cases, that only takes place when the state establishes in the territory itself an organization capable of making its laws respected. But this step is, properly speaking, but a means of procedure to the taking of possession, and, therefore, is not identical with the latter. There may also be cases where it is unnecessary to have recourse to this method. Thus, if a territory, by virtue of the fact that it was completely uninhabited, is, from the first moment when the occupying state makes its appearance there, at the absolute and undisputed disposition of that state, from that moment the taking of possession must be considered as accomplished, and the occupation is thereby completed.

There is no reason to suppose that France has subsequently lost her right by derelictio, since she never had the animus of abandoning the island, and the fact that she has not exercised her authority there in a positive manner does not imply the forfeiture of an acquisition already definitively perfected.3 In 1931 Victor Emanuel issued his arbitral decision in the Clipperton Island Case, declaring Clipperton to be a French possession.[23][24][25] The French rebuilt the lighthouse and settled a military outpost, which remained for seven years before being abandoned.