Preface An attempt has been made in this work to clarify the concepts with regard to the Signs, Planets, and Houses in s 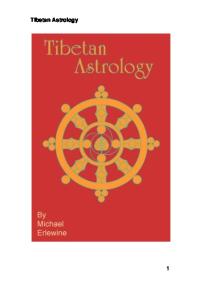 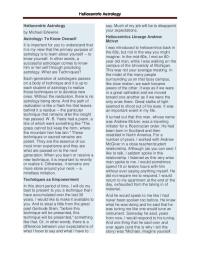 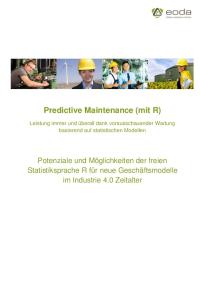 Preface An attempt has been made in this work to clarify the concepts with regard to the Signs, Planets, and Houses in simple and readable language. These are the building blocks of the foundation on which an edifice of sound analytical knowledge of predictive astrology may rest. What each of these factors represents, what its characteristics are and what the postulates and rules are relating to each of them have been clearly enunciated. Further the results and effects of inter-action of these factors have also been brought out in sufficient detail. To keep the bulk of the work within limits, generally definitions and commonly known or found facts have been dispensed with. Thus, this is not a primer. It is meant for a person who, having found the subject interesting and obtained its elementary knowledge, wishes to delve deeper in it in a systematic manner. There has been excessive emphasis on Yogas (planetary placements and combinations) in predictive astrology, so much so that, generally, the basics are lost sight of. The importance of various yogas ought not to be belittled, but astrological prediction is not mere application of yogas to the birth chart. In the present day world, when astrology has assumed a place of common interest and even a lay man likes to study the subject, to expect a modem man to learn by heart the thousands and thousands of yogas with which the astrological literature of yore is replete, is to expect too much. He is also a little bewildered as such an approach does not appeal to his rational mind. For a sound knowledge and understanding of the subject, we

must know the fundamentals and the manner in which they can be analysed. In this book the reader is taken through the subject in a scientific manner. He will realise that there is reason in predictive astrology, and that it is not merely the product of intuitive surmisings. My effort has been to emphasise this reason and system. In the last Chapter, the maladjustment that exists between the Vimshottari Dasa System and Gregorian calendar has been pointed out. The Dasa System has been adapted to the calendar in vogue. It obviates the possibility of timings fixed with the use of this System to fail. Suitable tables have been appended to save the reader much arithmetical labour for, to my knowledge this information is not available elsewhere in usable detail. The strength of a planet is of foremost importance in Hindu predictive astrology. The method of calculating the shadbala (sixfold) strength of a planet is not only highly tedious but is beyond the capability of a common reader. We have, in this book, through a simple method, attempted to reach an approximation to the six-fold strength of a planet without any mathematical exercise. This has further been related to the Vinshopaka strength of the planet. These two together will give a very fair idea of the prowess of the planet to give results. Long hours spent at the word-processor producing this book could not make my wife Lalita, and the children, Radhika and Rahul, impatient. I really marvel at their forbearance. My friends have always encouraged me to put down my thoughts on paper. This book is a result of that encouragement. 25th February, 1998 Bhopal

Signs : p. 1-41 The gender, quality, categorisation, element, direction, and classification of each sign-their applications-description, physical and mental characteristics of each sign, location, finance, vocation, diseases and the parts of human body represented by each sign the effect of rising drekkans-all the twelve signs so analysed.

Planets : p. 43-170 The Parashari and Jaimini karakas-some definitions-methods to determine the nature and strength of each planet-elements of planets-effect of elements of signs on planetstheir applicatious-some general rules, opening remarks and postulates-aspects-rules for interpreting the aspects-the description of each planet, its rel