Faces of Thedas: Tallis The deadly and witty elf assassin called Tallis is an exciting new addition to the world of Dra 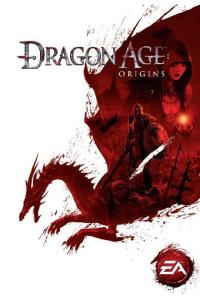 The deadly and witty elf assassin called Tallis is an exciting new addition to the world of Dragon Age, debuting simultaneously in the original web series, Dragon Age: Redemption, written by and starring Felicia Day, and the Dragon Age II downloadable content, Mark of the Assassin. Felicia Day created the character of Tallis and portrays her in both projects. Now, with this short DLC for the Dragon Age tabletop roleplaying game , GMs can import this intriguing character into their own campaigns.

Is Tallis an ally or a rival? Is she out to aid or thwart your campaign’s PCs? Does she spark a new adventure or add complexity to one already underway? In the dynamic stories of the Dragon Age RPG, anything’s possible. The following pages give you background lore and game statistics for Tallis so you can use her in your campaign. We also present a short interview with Felicia Day, spotlighting her creation and portrayal of Tallis, so you can get a clearer idea of how to play the part in your own RPG adventures. What’s here builds

on, but does not spoil, the various projects in which Tallis appears. For more information, enjoy Mark of the Assassin and Redemption. If you are new to the pen and paper Dragon Age RPG, check out the free Dragon Age Quickstart Guide PDF.

Felicia Day Talks Tallis Felicia Day created Tallis, wrote the script for Dragon Age: Redemption, and portrayed Tallis both in the web series and DLC featuring the character. Who better to give us some tips on understanding Tallis and playing the part? Whether you’re setting out to create your own character in the Dragon Age world or planning to include Tallis herself in your campaign, Day’s experience is a great guide.

“Before them I was nothing. I was a slave. My parents sold me into it. The Qunari gave me refuge, a purpose, and a name: Tallis.” —Tallis, Dragon Age: Redemption

Question: Did you create a lot of background lore for Tallis? What was your inspiration or aim for her as a fictional character? What’s her history in the world of Dragon Age? Felicia Day: My inspiration for Tallis came mostly from the urban fantasy and high fantasy books I read. Authors like Jim Butcher and Ilona Andrews and Brent Weeks, Brandon Sanderson, Rachel Caine, et al, inspired me with interesting and relatable female characters. I read a lot. :) Basically I wanted Tallis to be a strong female protagonist who didn’t have to apologize for who she was or what she did. She uses humor as a defense mechanism. She uses her wit to keep the upper hand and people from getting close. I also wanted her to be relatable, the voice of the viewer seeing a fantasy world through her eyes. I created quite a backstory around her, especially around the history of how she came to be an elf in service to the Qun. I was particularly interested in the way elves function in the Dragon Age universe; they are essentially trapped between worlds, with little freedom to define themselves.  Not to spoil anything, but her childhood background is from the Tevinter Imperium, where elves are legally enslaved. The fact that she’s trying to have the most freedom she can in a strictly confining world was a very interesting conflict for me. Q: How much do you need to know about a character before you’re ready to play the part? Where does the writing process end and the performance process begin? FD: The more you know about your character the easier it is to write and play the part. However it’s using two parts of the brain. Letting go of the writer brain and thinking of the character in a human way is a huge step in the process, but also the hardest. As a writer you’re master of all; if a line doesn’t work, you can rewrite it, a moment clunky, you can change it. As an actor you take what is given to you and have to rationalize why that line or moment would come from you as a human being. You think emotionally and treat the script as truth, add your personality to the templ