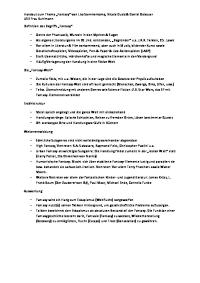 A ARIES March 21 - April 20 Ruling Planet: MARS The bonk now/think later God of War, aggression and action! Sexually, Aries is an explosion waiting to happen! The excitement is often in the chase more than the actual conquest though and while they may appear to want to dominate, they do not want a submissive partner. Routine brings boredom to sex for Aries, so if you’re only comfortable with the missionary position, go for another sign, but if you like forceful personalities and enjoy pretending you’re a human Twistie, then you’ve found paradise with an Aries. FAVE POSITION Always on top and always in charge BEST SEX TOY Handcuffs! Like I said, Aries likes to take charge! ARIES MALE IN BED The Aries male is loud, domineering and 100% stud! He’s from the bump n grind school of lovemaking so if you’re looking for romantic dinners by candlelight and long walks on the beach, keep looking! He’s the original 5-minute man so ! if you’re e turned on by ultra-macho grunt-and-groaning types, you’ve just found your ticket to heaven! He’s not prone to cheat unless you bore him in bed and he likes sex fast and furious baby! ARIES FEMALE IN BED She views sex as more of a physical act than something from a soppy romance novel. If you’re a bored exec and want to find out what it’s like to be treated like a piece of meat, then go for a one night stand with an Aries chick. She’ll be gone before you wake up and may not remember your name the next time you meet. She’s got a touch of KINK to her personality so don’t get freaked out when she talks dirty or puts you over her knee for a spanking. She’s all woman, but are you man enough to

handle her? THE BEST WAY TO TURN ON ARIES If you want to seduce an Aries, running your fingers through their hair is an awesome starting point! And licking and nibbling around their face or neck will get them going too! Just be careful to keep your saliva at bay. Drool is not cool!

Aries Men He always let other people walk in front of him, but he will get there first. He is a very careful guy and small obstacles won’t make him fall easily even he thinks life is a very serious matter. He is as romantic as any other Zodiac. He could look gentle, but inside he is as strong as steel. Once he determines to do something, he is serious about doing it well. He will keep any pressure or insult deep down inside without showing emotion. You will never see his emotion of burden or disappointment and always wonder what he thinks or feels. He will be well kept his feeling. You will never see a guy in this Zodiac involving in other people business. He always concern with his own business. Sometimes he can be talkative, but he will never give anyone advice if he has not been asked. If you ask for advice, he will certainly give you one. He respects elderly and senior, so you will see he is the type who visits his parents steadily or often. He is a slightly shy but also a stubborn person. He will find many ways to make you happy when you are with him, till you realize he is the important person for you. Once he is in the “Power Position”, he will use his power gently. He is a good leader and “Gentleness” is one of his effective methods for exploiting his power. It is although he is borne to be a leader.

He never hides his ambition, and he is a workaholic. He will not take any position that he has no control. He will work very hard to reach his goal and satisfaction. Compliment from his boss or superior are never enough for him, he wants his reserved reward. His deep insecurity makes him reach and collecting valuable things and this you may think he is stingy. Actually he could easily spending money to buy things, traveling or pay for things that makes him happy and he think necessary for his need. He care what other people think of him and want to get good comments or compliments. Outside he looks like stone and steel, but inside he is a fragile person. He will hide and cover up weak emotion and his sadness in