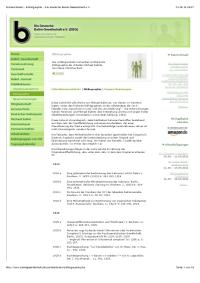 the 'Satmar Gonniff stole tens of millions of dollars throughout his thirty years at Satmar. The government finally caught up with him, he plea bargained, and stayed out of jail. Do not tell me that the Rebbe did not know where all these millions came from. Leib Pinter, the notorious Bnai Torah fraudster, stole millions of dollars for non existent government lunch programs. Every single Chassidic Mosad participated willfully and knowingly with Pinter. Munkascz, Vishnitz, Ger, Belz, Satmar, Skver, Bobov, and all the other midgets with fur hats and long filthy black bathrobes, had a direct hand in this and all other government frauds through Pinter and his cohorts. Pinter went to jail. Pinter has been indicted again for mortgage fraud. He is the 'energizer' goniff , he keeps stealing & stealing & stealing When they got caught, these nice guys, rebbes, threw the front men to the dogs. There was drug money laundering, and drug selling through Bobov. Maher Reiss went to jail. The Munkaczer's brother, the Dinover Rebbe, brother in-law of the Vyepoler Rebbe (Frankel's shul in Flatbush), was caught drug smuggling. But they have pretty shuls and fancy homes. Every single time records had to be produced, all of a sudden the files somehow got destroyed by fire....Skver, Bobov, Munkascz, Satmar, Gur....all had fire sales. "You criminals alter the Torah to suit your dementia. You all belong in mental hospitals when you get out of jail. You guys sicken me. There is not an honest person among you! I have more respect for Al Capone than I have for you. He did not hide his fraud and theft behind God. "Shlomo Halberstam, the first misfit of Bobov, landed in New York after the war. He had his butt fired at the first shul that hired him...This holy genius moved to Crown Heights and ran a kindergarten. His job was to give the kids candies. I swear this is true, I spoke to one of those 'kids.' A few lunatic admirers of this Don Juan, decided to move him to Boro Park. So what that he had no clue about learning. He made them feel good, what else matters? He was a master at his game....his father advised his kehilla in Poland not to worry about the Nazis, and assured them that no harm would come to them. He was a "holy" man, surely his bracha had G-D's seal of approval. Well, you know the end of that story. The 'holy' men from Gur and Belz gave the same advice to their followers. They would do and say anything 26

of "Eretz Israel" to a non-Judaic, i.e. to Palestinians. In the summer of 2004, Avigdor Neventzal, Chief Rabbi of the Old City in Jerusalem stated: "It should be known that anyone who wants to give away Israeli land is like a rodef, and certainly land should not be given to non-Jews. Anyone ceding parts of the Land of Israel to gentiles is, from a halakhic point of view, subject to din rodef." This term, "subject to din rodef denotes "classified as a pursuer." Apologists explain the killing of a rodef in terms of an understandable, common sense survival ethic: "someone comes to kill you, you kill him first." What apologists don't tell you is that rodef is defined broadly —a tipster who identifies a Judaic child molester to the police, an unborn baby "pursuing" its mother, or an Israeli Prime Minister who signs the Oslo accords. In a tyranny, a word is anything the tyrants say it is, and in Orthodox Judaism a rodef is defined so loosely it encompasses whomever the rabbinate wants bumped off. One can say that the entire nation of Palestinians have been classified en masse as din rodef. Several prominent Israeli rabbis, including Rabbi Haim Druckman, declared on Sept. 7, 2004 that "killing enemy civilians during war is normal." So what problem do the rabbis have with Hitler? Simply stated, his sin was based on the fact that, mistakenly thinking he was head of the Master Race, Hitl