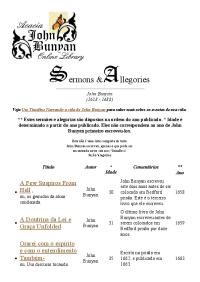 Published reports of DMT in the leaf[5] derive from a misreading of a paper that found no DMT in leaves of this species[6]. Besides this, there are independent claims of DMT in leaves and bark based on human bioassay[2], and traces of 5-MeO-DMT, DMT and NMT were tentatively identified by TLC in twigs[7]. Root bark contains alkaloids that were not identified[8]

Ash used in Pituri.[10] Ether extracts about 2-6% of the dried leaf mass.[11] Not known if psychoactive per se.

Has been claimed to contain tryptamine alkaloids[14] and significant amount of tryptamine in the seeds[15], but this needs confirmation and supporting information Acacia aroma

0.02% alkaloids in spring (80% tetrahydroharman, 20% tryptamine), 0.028% autumn (tryptamine) and none in summer, with leaves of Californian plants[16]; traces of DMT and unidentified indoles tentatively detected in seeds[7]

Claimed to be psychoactive[17], but supporting information is needed. Ash used in pituri[10]

Hordenine, tyramine and N-methyltyramine in leaves[18]; 0.28-0.66% N-methylphenethylamine in leaves. Causes stock intoxications in Texas[19][12]. Claims of amphetamines, mescaline, nicotine and many other alkaloids[20] are suspect[21]

Claims of DMT in the plant[24] have been referenced to works that do not support the claim. Needs research.

Claims of tryptamines in this species are unreferenced. Leaves of this (and/or other plants) and tobacco, are occasionally smoked with Anadenanthera seeds for psychoactive effects[25] Acacia caven

Claims of DMT and other tryptamines in leaf and bark are unreferenced. Needs research.