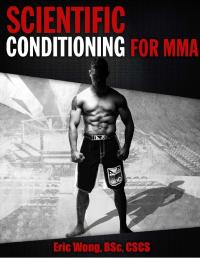 DOJ Investigation Into City of Mobile

Investigation Into Igg Games and Gamestorrent.en.Pt

Project for a Scientific Psychology

Request for Expedited Federal Investigation Into Scientific Fraud in Public Health Policies January 10, 2021 Page 1 of 40 To: Federal Bureau of Investigation 935 Pennsylvania Avenue NW Washington, D.C. 20535 CC: U.K. Security Service (MI5); Australian Security Intelligence Organisation; Canadian Security Intelligence Service; Bundesnachrichtendienst; U.S. Department of Justice Request for Expedited Federal Investigation Into Scientific Fraud in Public Health Policies We are writing this letter to request that a federal investigation be commenced and/or expedited regarding the scientific debate on major policy decisions during the COVID-19 crisis. In the course of our work, we have identified issues of a potentially criminal nature and believe this investigation necessary to ensure the interests of the public have been properly represented by those promoting certain pandemic policies. During times of crisis, citizens naturally turn to the advice of those they perceive as experts. In early 2020, the public turned to the advice of scientific authorities when confronted with an apparent viral outbreak. Soon after, most nations followed the advice of prominent scientists and implemented restrictions commonly referred to as ―lockdowns.‖ While the policies varied by jurisdiction, in general they involved restrictions on gatherings and movements and the closure of schools, businesses, and public places, inspired by those imposed by the Chinese Communist Party (CCP) in Hubei Province. The intervention of federal authorities with police power may be required to ensure that those who have promoted these lockdown policies have done so in good faith. This letter is meant to call the attention of federal authorities in Australia, Canada, Germany, the United Kingdom, and the United States (the ―Nations‖) to multiple points of evidence about the origin and historical precedent of lockdowns; the scientific literature and debate behind them; the provenance and quality of predominant COVID-19 testing protocols and models; the motivations, biases, and qualifications of certain prominent lockdown supporters; and the source of public-facing communications surrounding these policies.

Request for Expedited Federal Investigation Into Scientific Fraud in Public Health Policies January 10, 2021 Page 2 of 40 1. Lockdowns Originated on the Order of Xi Jinping, General Secretary of the Chinese Communist Party, and Were Propagated Into Global Policy by the World Health Organization With Little Analysis or Logic Lockdown proponents have frequently justified their policies by comparing them to actions taken to combat the pandemic of Spanish influenza a century prior. 1 But a realistic examination of the mitigation efforts in response to Spanish influenza reveals that nothing remotely approximating lockdowns was ever imposed. In the words of Judge William S. Stickman, ruling in Cnty. of Butler v. Wolf,2 citing the work of preeminent historians: Although this nation [the United States] has faced many epidemics and pandemics and state and local governments have employed a variety of interventions in response, there have never previously been lockdowns of entire populations—much less for lengthy and indefinite periods of time…3 While, unquestionably, states and local governments restricted certain activities for a limited period of time to mitigate the Spanish Flu, there is no record of any imposition of a population lockdown in response to that disease or any other in our history. Not only are lockdowns historically unprecedented in response to any previous epidemic or pandemic in American history, but they are not so much as mentioned in recent guidance offered by the U.S. Centers for Disease Control and Prevention (―CDC‖). Judge Stickman continues: Indeed, even for a ‗Very High Severity‘ pandemic (defined as one comparable to the Spanish Flu), the guidelines provide only that ‗CDC recommends voluntary home isolation of ill persons,‘ and ‗CDC might recommend voluntary home quarantine of exposed household members in areas where novel influenza