The Philippines During the American Period

Education in the Philippines 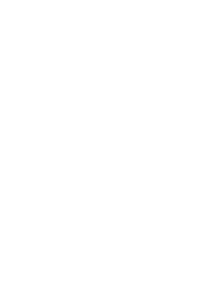 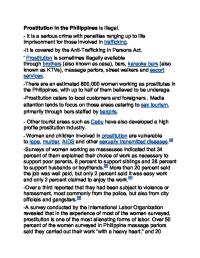 Summary Prostitution in the Philippines

c  c   is illegal. - It is a serious crime with penalties ranging up to life imprisonment for t

The Philippines during the American Period Prepared by: Marilyn B. Balabag

On June 12, 1898, Filipinos led by Emilio Aguinaldo declared independence. This declaration was opposed by the U.S. who had plans of taking over the colony. And this led to a guerrilla war against the Americans.

The Philippine-American War (1898 - 1946) Hostilities broke out on February 4, 1899, after two American privates on patrol killed three Filipino soldiers in San Juan, a Manila suburb.This incident sparked the PhilippineAmerican War, which would cost far more money and took far more lives than the Spanish–American War. Some 126,000 American soldiers would be committed to the conflict; 4,234 Americans died, as did 16,000

Filipino soldiers who were part of a nationwide guerrilla movement of indeterminate numbers. At least 34,000 Filipinos lost their lives as a direct result of the war, and as many as 200,000 may have died as a result of the cholera epidemic at the war's end. Atrocities were committed by both sides.

Aguinaldo dissolved the regular army in November 1899 and ordered the establishment of decentralized guerrilla commands in each of several military zones. The revolution was effectively ended with the capture (1901) of Aguinaldo by Gen. Frederick Funston at Palanan, Isabela on March 23, 1901 and was brought to Manila.

Free trade, established by an act of 1909, was expanded in 1913. Influenced of the uselessness of further resistance, he swore allegiance to the United States and issued a proclamation calling on his compatriots to lay down their arms, officially bringing an end to the war. However, sporadic insurgent resistance continued in various parts of the Philippines, especially in the Muslim south, until 1913.

U.S. colony Civil government was established by the Americans in 1901, with William Howard Taft as the first American Governor-General of the Philippines. English was declared the official language. Six hundred American teachers were imported aboard the USS Thomas. Also, the Catholic Church was disestablished, and a substantial amount of church land was purchased and redistributed. Some measures of Filipino selfrule were allowed, however. An elected Filipino legislature was established in 1907.

Consequences of the American colonial rule During the Spanish period the Spaniards had given enormous land properties to the Catholic church. One of the first things the Americans did was to take care for the redistribution of these land properties. To do so they first had to pay an amount of US $7.2 million to the Vatican in 1904. The small farmers or tenants didn't get any land however. The land became property of some large landowners. Most of the small farmers couldn't pay the asked price or couldn't prove that they were the former owners of the land.

William Howard Taft addressing the audience at the Philippine Assembly.

The Road Towards Philippine Independence 1. Jones Law- the law was approved by President Woodrow Wilson after it was proposed by William Atkinson Jones, an American congressman. The law stated the right of the Filipinos to attain freedom in the near future. 2. Tydings-McDuffie Act-This law was proposed by Millard Tydings and congressman John McDuffie of the US. It stated the 10-year preparation for the Philippine independence through a commonwealth government.

In 1916, the Philippine Autonomy Act, widely known as the Jones Law, was passed by the U.S. Congress. The law which served as the new organic a