The Newcomer's Guide to Includes the Beginner's Guide to Welcome! This guide is intended for newcomers to the Witcher s

The World of the Witcher

Vader - Sword of the Witcher

The Witcher Lords And Lands 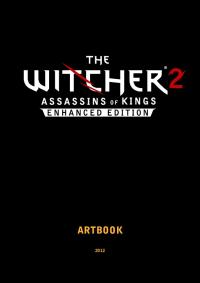 Below is a timeline of important dates and events in The Witcher saga and game. Early History Edit More than 1,500 year

The Newcomer's Guide to

Includes the Beginner's Guide to Welcome! This guide is intended for newcomers to the Witcher series who wish to dive right into the Witcher 3: Wild Hunt. It does not contain any spoilers and covers only what newcomers should know at the very start of the game...

Important Historyy The Conjunction of the Spheres This cataclysmic event of the past is, in brief, an alignment of planets resulting in an inter-dimensional rift. This rift allowed beings from one dimension to pass through to another. Imagine ships passing on a stormy sea, being forced together for a brief, chaotic moment, and the crew of one ship jjumps across to the other. This is how monsters, humans, and the magical force of Chaos all arrived on the Continent some 1,500 years ago..

After the Conjunction of the Spheres placed monsters in the path of man, early sorcerers decided to create mutated warrior-monks with the sole aim of tracking and killing these beasts. Abandoned orphans were subjected to a brutal process of mutation known as the Trial of Grasses, the survivors of which were trained to become superior swordsmen and expert trackers. The Witchers of today are remnants of a number of disbanded Witcher "schools", and are now generally despised as drifters and cat-eyed freaks, scraping out a living as bounty hunters in an unfriendly world besieged by......

The Nilfgaardian Threat The game takes place against the backdrop of war. Most of the non-human races, such as the elves and the dwarves, have now been persecuted into obscurity and human kingdoms now wage war upon one another instead. Mankind is currently being divided by the third Nilfgaardian conquest of the Northern Realms. Armies of the Empire of Nilfgaard are once again pursuing an expansionist agenda and spreading north. They have been most notably opposed by the kingdoms of Temeria, Kaedwen, Aedirn, and Redania. Only the Redanians have yet to fall, but their defeat is almost certain. The current frontline is the river Pontar in northern Temeria.

Familiar Characters Geralt of Rivia Also known as the White Wolf, Geralt is the orphaned son of a sorceress, a rare oddity considering sorceresses are said to be infertile. He is easily identified by his white hair, a side-effect of his own particularly brutal ordeal during the Trial of Grasses as a child. Geralt's life has been marked by destiny, manifested in many chance encounters that have dragged this Witcher into larger-than-life events. His fate is bound to that of the sorceress Yennefer, thanks to his last-ditch attempt at saving her life,(described in the short story, The Last Wish. Geralt is also the adoptive father of Ciri, whom he has raised, trained, and cared for as though she were his own daughter..Despite his rough exterior and hard demeanor, this antihero is a big softy with a huge heart.

Ciri Also called the Lion Cub of Cintra, Cirilla is Geralt's adopted daughter. She was claimed before birth by the Witcher after he invoked the Law of Surprise, a ritual whereby an unborn child is sometimes claimed by a Witcher as a reward for services rendered. Geralt never truly intended on taking her away from her parents, but destiny saw to it that little Ciri ended up in his care anyway, after her parents left her with her grandmother, Queen Calanthe of Cintra, who was subsequently killed by Nilfgaardian soldiers. Ciri, due to her lineage, is the rightful heir to the thrones of both Cintra and Nilfgaard, among various other royal entitlements. The young princess, however, displayed no interest in these titles. Having been raised by Witchers and educated by the sorceress Yennefer, Ciri wished only to become a Witcher and set out on her own path. Unfortunately for her, she also carries the blood of Lara Dorren, an elven sorceress and distant relative. This "Elder Blood" is Ciri's defining characteristic and what makes her arguably the most important character of all, around whose life all others revolve.